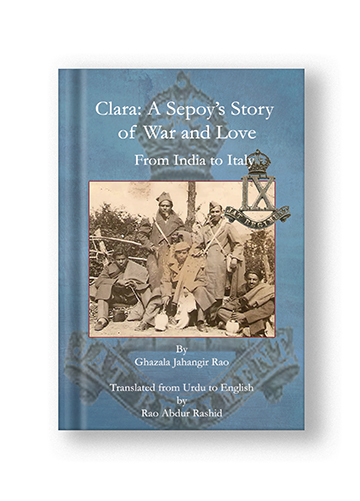 Clara: A Sepoy’s Story of War and Love 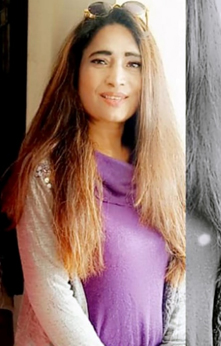 Clara: A Sepoy’s Story of War and Love

My late husband, Rao Khilafat, related the events of his life in the British Indian Army a year or so before his death. I was transfixed. To me, he came across as some mythical figure of the age - meeting the full might of the Afrika Korps under the legendry Rommel in the deserts of Libya, cheating death, falling in love while on the run in Italy, fighting the Japanese in Burma, and the near-fatal injury in Java fighting, in one of the many colonial wars which broke out after the end of World War 2. The final irony in this tale: his regiment, 9th Jaat, was allocated to the Indian Army and fought in the wars against Pakistan. We discussed finding a publisher; his younger brother Rashid padded out the English translation - he was writing his extensive memoirs at the time - as my English was not up to speed, and my understanding of history even worse. He told me not to worry and would often joke about the book getting published after his death. From a young bride, I suddenly found myself an equally young widow. With two small children to clothe and feed, life was one hard slog for a while as I went back to college to study law. My late husband wishes had to be put on the back-burner. Now that my boys are off to university and my practice is thriving, I believe its time to fulfill the promise I made to my late husband. Much has been written by Indian officers after the war - some went on to lead the nascent Indian and Pakistani armies after partition - but the trials and tribulations suffered by the ordinary sepoy have never fully been fully explored by historians. They were seen as mere foot-soldiers of the Empire, loyal, stoic and brave under fire. And that was about it! The romance associated with war and is deconstructed in this book. Rao Khilafat saw the army as a way out of the grinding poverty of life in Rohtak, and the glamour associated with soldiery evaporated when battle was joined with the enemy. After that, it was a matter of survival at all costs. I hope I have done justice to his very eventful life.